Extra Soles are witness to interventions that happen on pavements in the city of Cape Town. Various states of being forcibly intersect here: exhaustion and ‘pure grit’ with day-dreaminess and paranoia, hard-hitting reality and moments of fictitious marvel. Unglamorous, unknown legends are momentarily made manifest, not unlike the Extra Soles myth.

The fiction is filmed by a disenchanted documenter (only partially seen in the collision scene), who discovers these messages, and thinks they are mythical and worth recording. 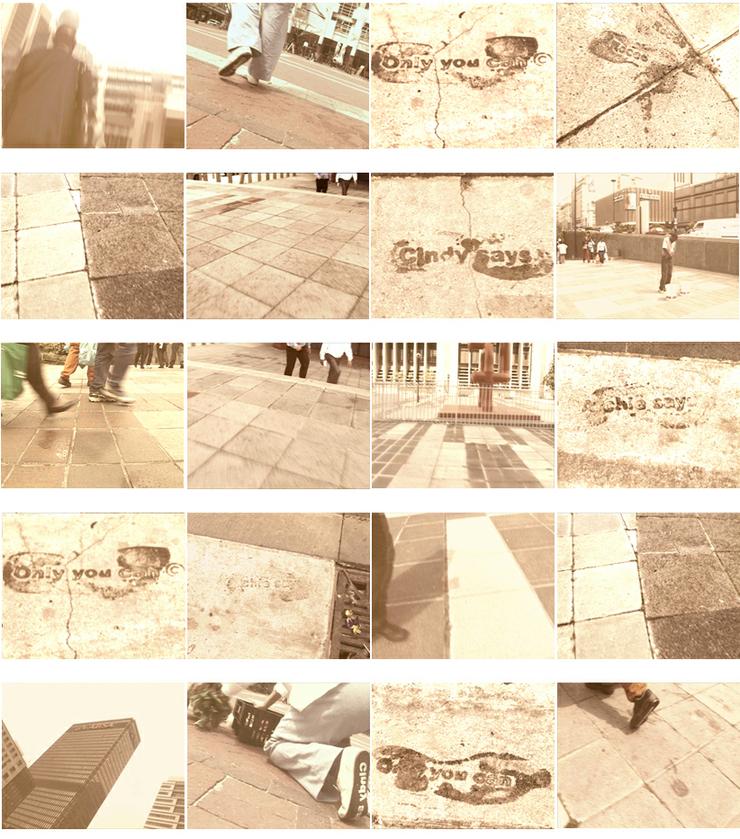