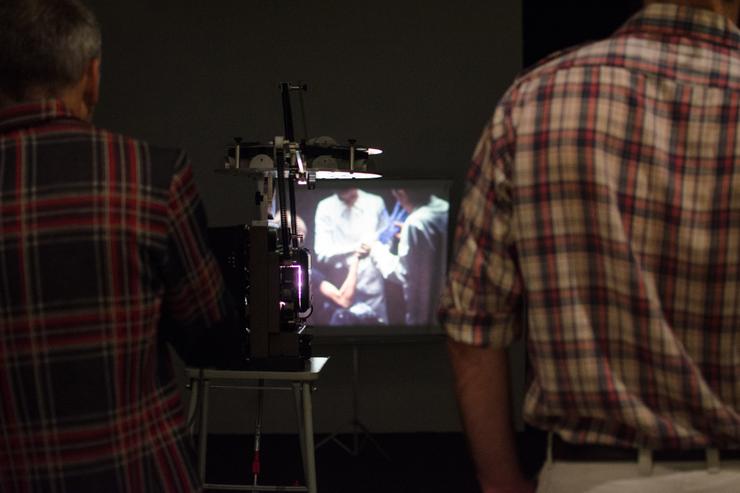 As with other recent works BB is particularly interested in reading history as a wave of smaller anachronistic events, and using this strategy to develop an interpretation of her position/s within the present.

The Assemblers forms a series of lens-based and installation projects that takes as its starting point a speculative journey backgrounded by a set of events that happened during the rediscovery and bungled preservation of the First Coelecanth (a rare order of fish thought to have become extinct in the Late Cretaceous period) by the self-trained museologist Marjorie Courtney-Latimer in December 1938 in East London, South Africa - BB’s home town.

This bungle or failure to preserve The First Coelecanth was due to various factors; a lack of formaldahyde in this small ex-colonial town, the heat of the summer holiday season that the local morgue couldn’t keep the fish fresh, no availability of a high ranked scientist to view and study the genus of the fish - such that the soft organs of the fish, if studied, were thought to be the “missing evolutionary link” to land animals - had to be thrown away (save some drawings made, notes and fogged film stock documenting it). Only the hard-scaled skin could be saved, BB calls this a “hollowing out” moment.

It would take another 14 years to find a second coelecanth to study. During this period confidence in the First Coelecanth’s authenticity began to wain; many came to think of it as an automaton, a robot developed by the South African government to use for submarine surveillance.

BB borrows aspects of The First Coelecanth’s complex narrative; working with Courtney-Latimer’s notes and drawings, with archival research imagery and correspondence, with prosthetic artists and mouldmakers from the East London museum and film industry. Considering its mis-sightings, its links to throwback theory, apartheid surveillance apparatus as well as the monster-like character, the Gill-man, in 1950s B-grade horror movies drawing from the paranoia of the Cold War; such as Jack Arnold’s Creature from the Black Lagoon and John Sherwood’s The Creature Walks Amongst Us. BB uses the strategy of anachronistic assemblage to create images and events that pivot between the production of fiction and historical accounts.