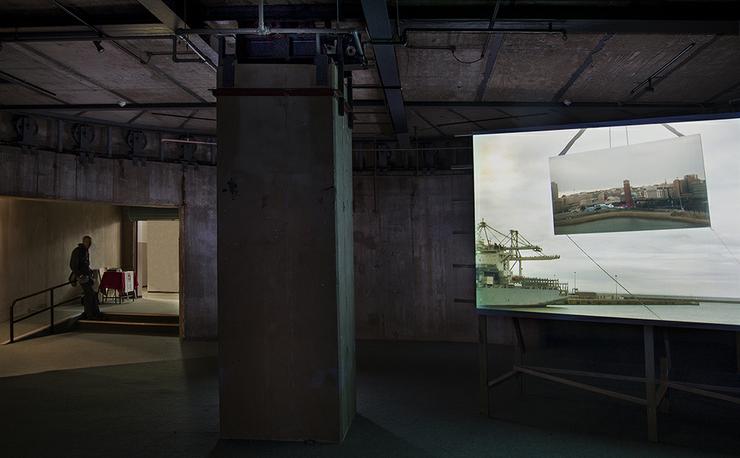 Installation image of Jetty SCOUR during A temporary admission at Gallery in the Round, 1820 Monument, Grahamstown. Image by Paul Greenway

Jetty SCOUR suggests the surface markings and scrapings left on a ship or jetty during docking periods in harbours. Here is the present day ‘arrival’ of the human-transporter, a replicated 19th century cane-woven basket or ‘lift’ to a harbour in South Africa. The original would have been used off the coast of Algoa Bay in South Africa from 1890-1920 to lift colonial settlers to and from ships at sea before the development of harbours. Here BB works with the object as historical witness, to engage with contested sites and legacies linked to the arrival of her own ancestors, a British settler family, to that same bay in 1820. The film, whilst documenting a contemporary working harbour within the economy of international trade, marks this space and place with historical encryptions, the smallest tensions, that refuse a “blanking out” of history. 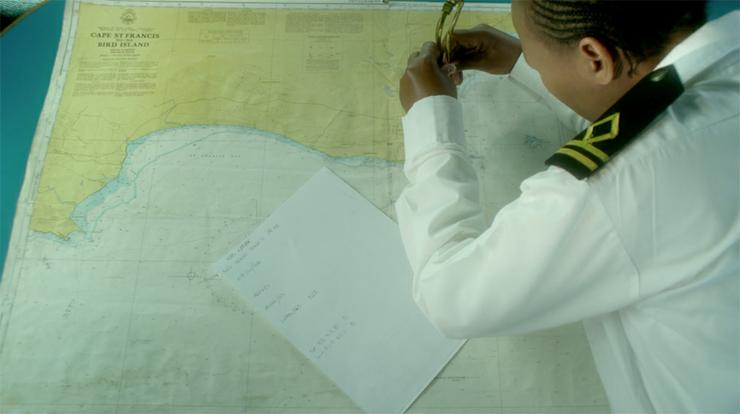 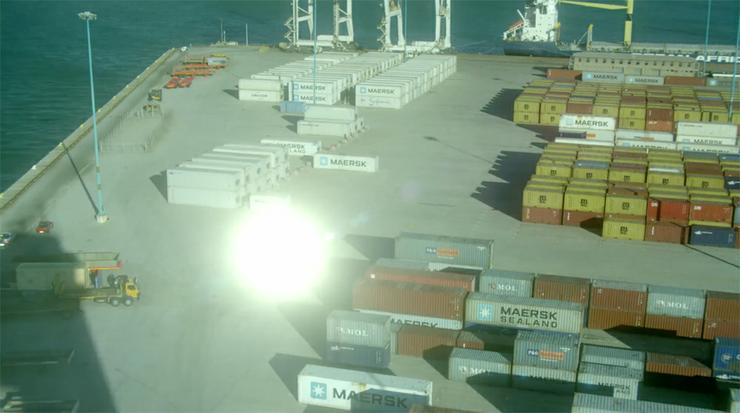 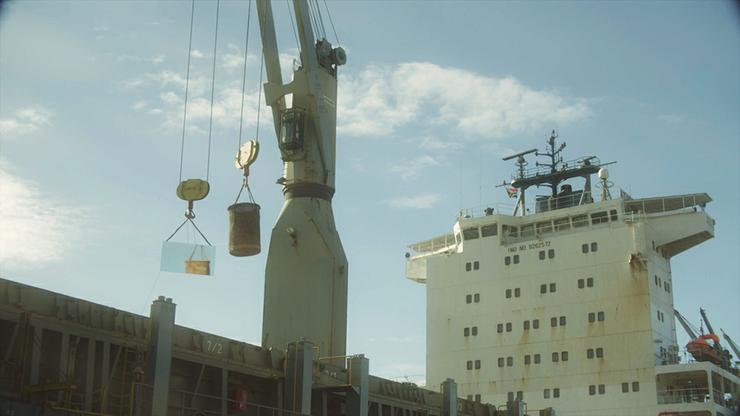 Special thanks to contributors

Jetty SCOUR was filmed on location at Port Elizabeth Harbour (Transnet Ports Authority), South Africa, June 2014.
The original footage was shot on the RED ONE 4K.
It was produced for the solo exhibition A temporary admission by Bridget Baker, curated by Storm Janse van Rensburg at Gallery in the Round, 1820 Monument, the National Arts Festival, Grahamstown, South Africa. 3-13 July 2014.