In Sometimes Wondering the footage in 2 of the panels is derived from 8mm film footage
shot in the 1950s by BB’s father where her mother is winning a beauty competition during
the Crossing the Line ceremony on-board a Castle Line ship heading for Europe from South
Africa. The third panel shows BB’s mother walking slowly to and from the camera in front
of the Arc de Triomphe. This piece of footage, slowed down, works as the metre of the whole
work. The middle panel is discrete but unromantic footage shot during a walk in Bielefeld.
By cutting a hole in her camera bag, and carrying the bag on her hip BB emulates the metre
of her mother’s walk in Paris, only with much less panache. With this footage the rhythm
of the piece becomes uncomfortable and out of step in a fragile manner, spliced between an
unfamiliar yet nostalgic timeline. 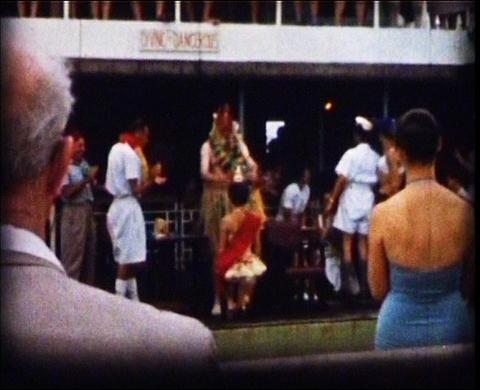 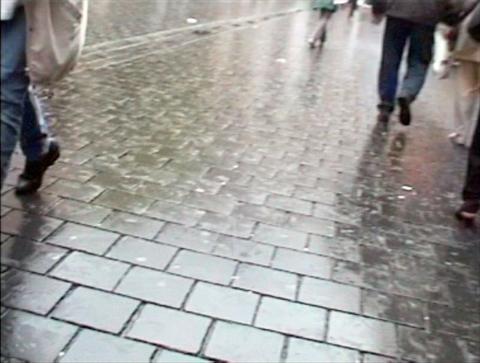 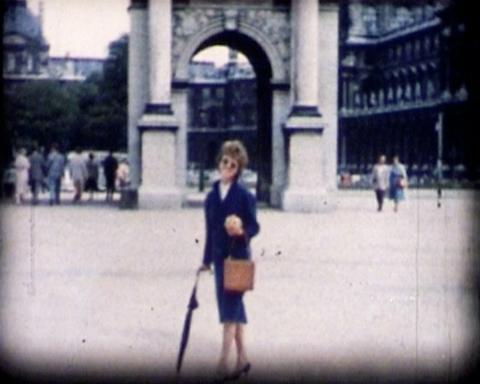